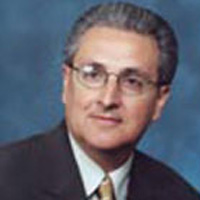 Dr. Ricketti is also a distinguished inventor. Among his creations is the Monocete/EZ Swab, the Phenol EZ Swab and the Histofreezer Cryosurgical Technique for Treating Verruca Plantaris. Dr. Ricketti has been honored as the Hamilton YMCA “Man of the Year” in 2004 has received the Meritorious Service Award from the Podiatric Medical Association in 2001. He is also a former member of the New Jersey State Board of Medical Examiners.